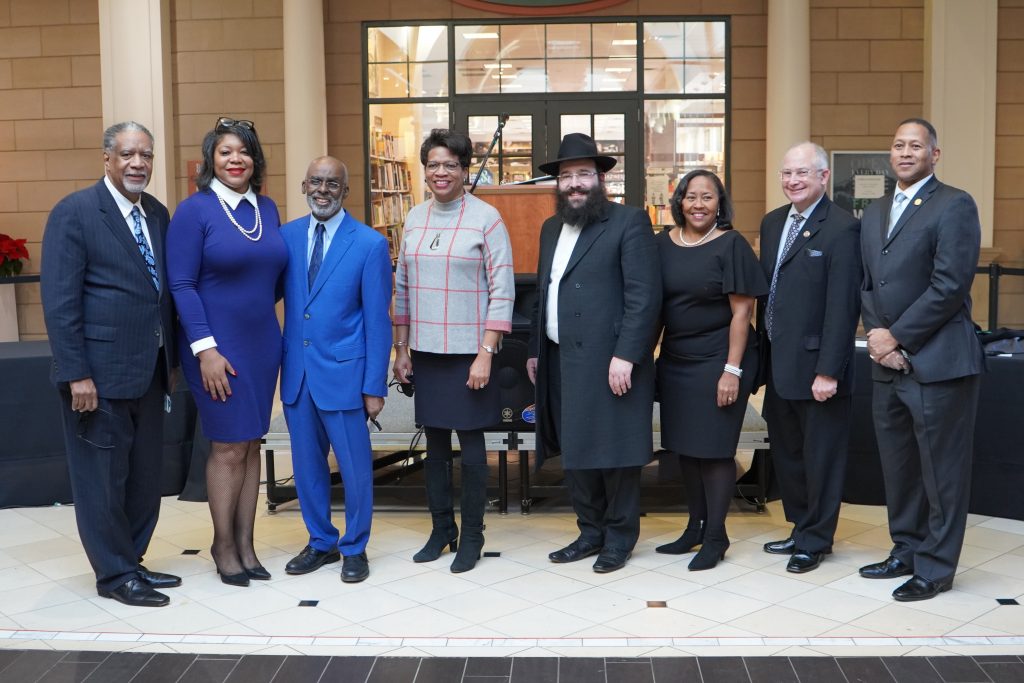 Updated 2/10/22  We invite you to witness the historic event of the Woodmere Village swearing-in ceremony for the Charter Review Commissioners, Council Members, and Mayor.  Processional took place at 1:50 PM on January 4, 2022. View images from the event here.

Saying Farewell to an Old Friend After 22 years of service to the Woodmere community, Village Treasurer Tom Cornhoff is retiring at the end of May, planning to spend more time with his family in Texas. “Tom Cornhoff is an institution when it comes to financial leadership. Woodmere Village was enriched by his service and […]

October is Breast Cancer Awareness Month. In memory of those who have lost their battle and in honor of those currently fighting theirs, as well as the many Survivors, Woodmere Police are raising money by selling our pink patch key chain for $5.00 throughout the month. We are also collecting any additional donations you may […]

Lolley the Trolley Comes to Woodmere!

Kendra Scott Grand Opening Woodmere Village was proud to welcome Kendra Scott to Eton as Mayor Holbert and his team attended the ribbon-cutting ceremony on April 5, 2018. Kendra Scott offers fine jewelry, candles, and home decor. At their customizable Color Bar, shoppers can pick their style, stone and shape. “People may be familiar with […]