Woodmere Clerk to Retire After 27 Years of Service

Village of Woodmere, Ohio, Nov 20, 2021. In 1995, Sheryl C. Blakemore, was sworn in as Woodmere Village Council Clerk.  Over twenty-six years, Blakemore has witnessed numerous changes in the Village, from four-hour in person meetings in Council Chambers, to virtual sessions lasting about 60 minutes.  Today, Blakemore chronicles the meetings in the privacy of her own home.

Sheryl served as clerk through the administrations of Mayors Robert C. Rice, Yolanda Broadie, Charles E. Smith Jr, and currently Benjamin I. Holbert, III.  “She devoted herself to steadfastly carrying out her charge for Woodmere,” said Mayor Holbert.  Adding, “Clerk Blakemore has been a colleague, an advisor, and a friend.”

In 1960, the Village population was two people shy of 400. Her family migrated to Woodmere in 1963 from Cleveland.  However, Woodmere ballooned to 1041 residents by 1970, which is Woodmere’s highest population to date.  Blakemore graduated from Orange High School in 1965, and earned a bachelors from Tennessee State University in 1969.  She also earned a master’s in education from Marygrove College in Detroit, Michigan. Blakemore’s father, Stanley H. Cleggett was mayor of Woodmere in 1973 and served until 1975.

Professionally, Blakemore taught in the Cleveland Municipal School District at Washington Irving Elementary, Verda Brobst Elementary, Harvey Rice Elementary, and Marion Sterling Elementary just to mention a few.  Outside of her clerk duties for Woodmere, she has been a member of the Alpha Xi Chapter of Phi Delta Kappa Sorority, Inc; the Orange Alliance of Black Parents; the Cleveland Chapter of Tennessee State University Alumni Association; and the African-American Genealogy Society of Cleveland.

Blakemore served as chair of the Council educational board and advisor to the Woodmere Youth Group.

She is the proud mother of two and grandmother of six.  Blakemore will conduct her final council meeting as Village Clerk on December 15, 2021 at 7 PM.

NOTICE OF CANCELLATION OF MEETINGS 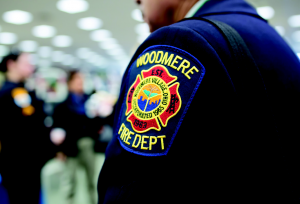